Much as I say that mobile platform isn’t my favourite, there have been a few enjoyable games. One of them is definitely Monument

Valley. This atmospheric mobile puzzle inspired by M.C. Escher is a gem and perhaps something of a classic by now. For me this game is money well-spent sinceI think the game is a keeper.

The little game is characterised by elegant beauty and minimalist, 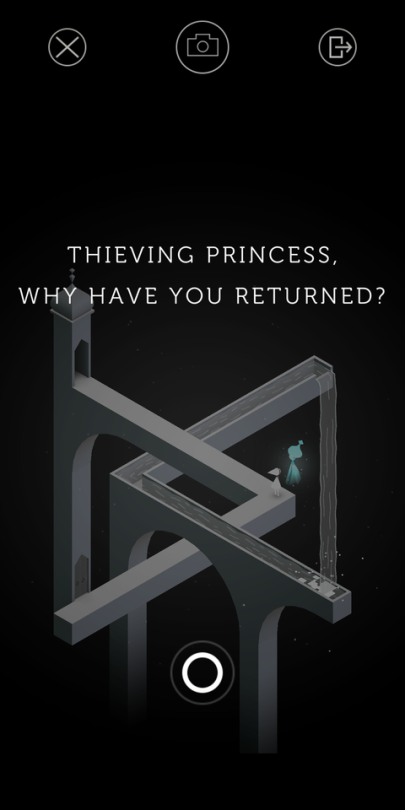 understated storytelling. Other than suggestive levels, the game drops little narrative hints here and there. Sometimes, less is more and there is actually a lot to the story, you can imagine it and narrate to yourself.

You guide Ida through the mythical Monument Valley by manipulating the environment, creating new paths where they didn’t seem possible. To reveal those paths you often need to manipulate the perspective.

The levels are beautiful, imaginative, enchanting, each a vivid world of its own. It’s an absolute delight and a very relaxing game to play. 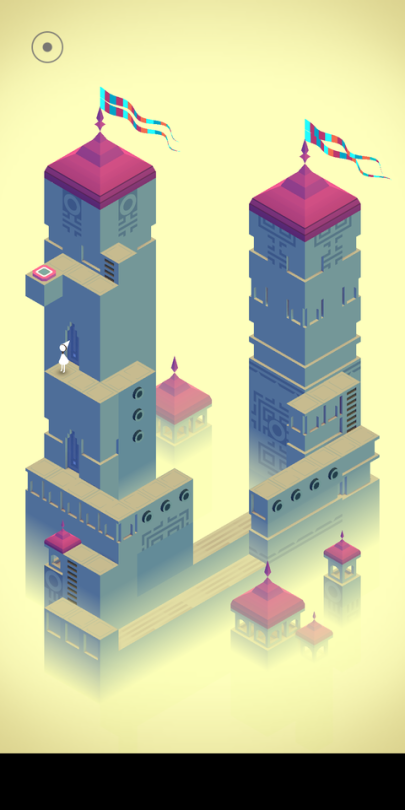 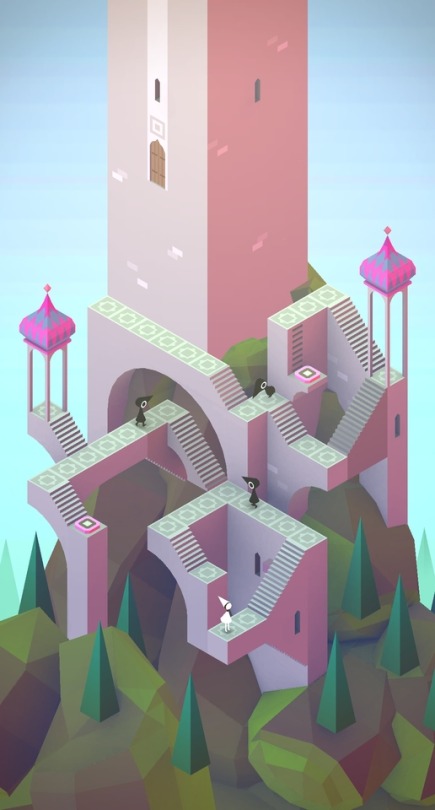 Buy once, play forever. Additional level pack expansions can be bought. The game doesn’t take long to complete just under 2-3 hours maybe or less, but it’s a worthwhile journey, creative, imaginative and aesthetically pleasing all the same. A little mobile gem.

The popularity of the game spurred its sequel, Monument Valley 2 with a different story. Much as I’m not fond of sequels of any kind, I’ve found this installment to be just as pleasant and enchanting as MV1.

Related:
It seems to have inspired a few similar other titles, including Ghosts of Memories and Evo Explores. And there’s Back to Bed where you guide a man back to bed, except there you have to prevent the man from falling so it’s also not quite the same.